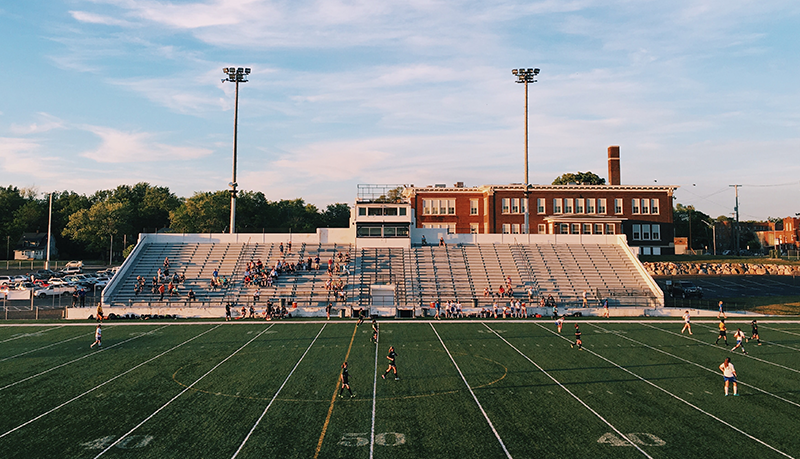 With football being such a popular sport, it essential that the fans get the proper experience from your football stadium lighting. Being able to see everything as clearly as possible and under high-quality lighting is a huge part of being successful in the world of sport, allowing players to perform at their peak, spectators to enjoy the game and media to get optimum coverage. The right choice in lighting will benefit any football stadium, the employees, the players, and most importantly, the fans!

There is a huge variety of LED football stadium lighting available to enhance the experience for everyone. Whether you need to have better lighting for fans moving throughout the stadium, or you want to give players an edge with their visibility on the field, there is a lighting solution available to meet your specific needs and requirements.

Let’s take a closer look at just a few ways that LED football stadium will improve the overall game-day experience at your grounds.

Better For The Fans

At a football stadium, a good portion of revenue comes from putting fans in the seats and giving them a reason to keep coming back. When you install LED lighting to cover the field and seating areas, fans will instantly be able to see the action better. They will be able to see their favorite players more clearly and be able to follow every play with eager anticipation and excitement as the game unfolds.

When your fans are getting the maximum enjoyment from the games at your football stadium they will come back again and again, creating more opportunities for your facility going forward. With a more loyal fanbase, you will have more people in attendance on a more regular basis. This translates into increased revenue which you can reinvest in your stadium to make even more improvements that will further your exposure and growth.

You can have the very best football teams playing at your stadium but if you have old football stadium lighting technology the players are at a disadvantage. When you install LED lighting around the stadium your players will be able to see everything better. This means that players can perform at their peak without having to deal with bad lighting, shadows, and poor visibility.

In any sport, being able to critically observe what is happening on the field, with teammates, and, of course, opponents are absolutely crucial. LED lighting enhances visibility on-field and makes everything crisper and clearer for the players. LED football stadium lighting is an investment in better games, a more exciting performance, and an enhanced experience for the platers on the field.

There are many areas in a football stadium that are often not well-lit and can pose a threat to public safety as a result. By using LED lighting through areas like hallways, entrances, exits, washrooms, and more, you can ensure the safety of all of the paying fans, staff, players, and everyone else in attendance.

While there is an initial investment in new LED football stadium lighting, you will get a great return. Modern LED lighting can be retrofitted in virtually any stadium to enhance just about every aspect of the stadium. Fans, coaches, players and staff alike will benefit greatly from an environment that is illuminated optimally to allow players to perform, fans to enjoy the action and media to get the coverage they need to ensure that your stadium is always seen in the best light possible!

Keep up to date with news, offers and inspiration